2.14 Spending in the Furry Fandom

In recent years, there has been a growing interest among vendors, convention organizers, and those marketing products to furries in the spending habits of furries. In light of this, we asked participants to estimate how much money they had spent in the past 12 months on a number of different furry-related categories1. The results are provided below in US dollars, both as average and median values. Given that the data were skewed by a small number of participants who had spent significantly more money than most furries, both the mean (average) and median (“middle value”, unaffected by extreme scores) values are displayed.

In the last 12 months, how much money have you spent on furry…

An important caveat when interpreting these responses is that they were taken from participants who were attending a furry convention. As such, it is conceivable that they have a greater amount of expendable income (or are more willing to spend money on furry-related activities) than non-convention-going furries, or responses were weighted toward in-person spending opportunities.

It is also worth noting that furries spend considerably more money on digital artwork than on physical artwork, a trend consistent with anecdotal evidence provided by artists during artist-themed focus groups in previous studies. When looking both at median and mean values, it would seem that most of the money furries spend on artwork does not appear to be on erotic-themed content. It also seems that most furries do not commonly use subscription services such as Patreon to support artists, although an exclusively online study conducted later showed higher levels of support through this platform (see below). Finally, it seems that conventions and furry-related paraphernalia make up the bulk of furry purchases – hardly surprising given the expenses associated with both traveling to a convention and with big-ticket items like fursuits.

In a broader, international online study of furry spending patterns, participants were asked to estimate their lifetime spending on furry-related content across sixteen categories, reporting both their total expenditures and the most they’d spent on a single purchase from that category. For each category we calculated the median (middle value), the mean (average), the mean score excluding participants who had never made a purchase in that category, and the percentage of participants who had made a purchase in a given category. All values were converted to $USD before the analysis was conducted. 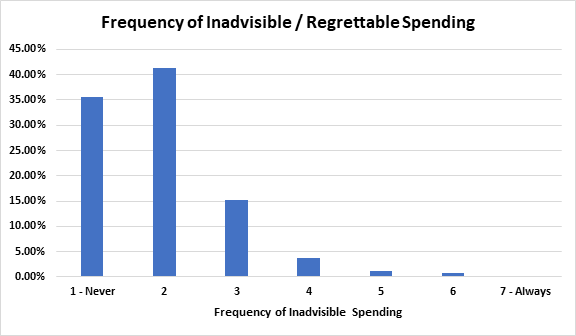 Digital and traditional art commissions make up one of the largest categories of furry-related purchases,3 with most furries  commissioning art a total of 6-10 times or more. 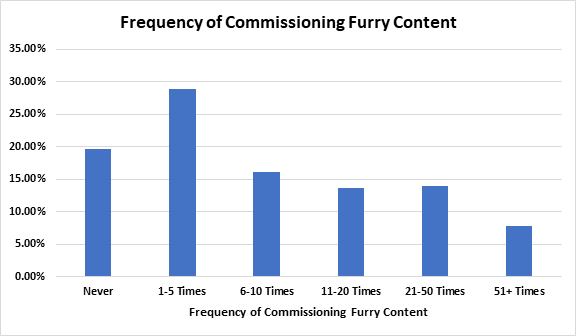 For all of you who received the Furscience research cards @anthrocon remember to check out the study!

Dr. Fein is giving an update on some of our Autism in the fandom and Therian/Otherkin research

Coming up at noon! Furscience: Q & A Session at Anthrocon 2022 https://sched.co/11ycz @anthrocon @sched