On average, furries earn an annual income that does not differ significantly from that of a sample of the general American population (furries: $31,772 USD, non-furries: $31,470 USD).1 When broken down by income bracket, the data in the figure below illustrate that more than half of furries earned less than $30,000 USD per year, and about 6% of furries had no annual income at all. To compare, 7.5% of furries earned more than $75,000 USD per year. 2 These particular samples are based on Anthrocon attendees, who presumably had the resources to attend a convention (which usually includes, travel, hotel, and admission costs), meaning furries who were unable to attend the con for financial reasons were not represented (and, to date, we do not have income information of a non-convention sample of furries). As such, it is likely that the number of low-income furries is higher than what is shown here, due, in no small part, to the fact that many furries are in college and are, as a group, relatively young. In future studies we plan to compare the income of convention-going furries with that of online furry samples, with an interest in testing the possible restricting impact that income may have on convention attendance and other forms of fandom participation (e.g., purchasing a fursuit, going to local meet-ups).

Other studies have looked beyond objective income to assess participants’ subjective income level. Furries were shown a picture of a ladder with 10 rungs and asked to indicate which of the rungs best represented their financial standing relative to others in their culture. Being higher on the ladder indicated doing better off than most people in one’s culture, whereas being lower on the ladder indicated that one felt worse off than most people in their culture. Furries, as a group, placed themselves in or near the middle of that scale,3 with perhaps a slight tendency toward the lower end of the scale, suggesting that many furries consider themselves somewhat worse off financially than other members of their society, earned income levels aside. This makes sense in conjunction with our prior findings showing that furries, as a group, tend to be fairly young (in their late teens and 20s) and tend to be either in college or recently graduated from college.4 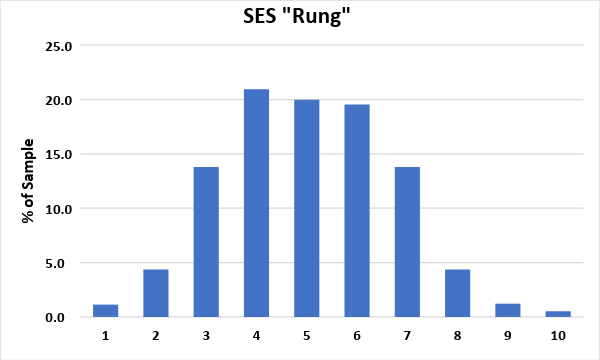 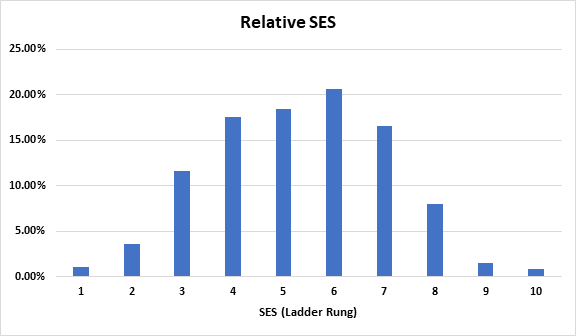